The temperature has finally dropped.  After a summer spent indoors and two bouts with the air conditioner (who won both times), the high is now 80 degrees but the mornings and nights are perfect.  October is my favorite month.  I love Halloween, falling leaves, the crisp air at night, hoodies, pumpkins, and scary movies.  In celebration of the weather, I decided to make borscht, which is hearty and earthy and yummy, perfect for colder weather.

Borscht reminds me of a trip I took to Russia with one of my favorite professors, Valentina (although she’s never officially taught me).  Luckily her native language is Russian, so we were able to eat well and authentically without having to use a dictionary.  And, I loved all the Russian food, except for herring in a fur coat.  Ick.  The greatest thing about the food, besides caviar for breakfast, is that they use mayonnaise like crazy!  Anyone who knows me knows that I could probably eat mayo out of a jar, and there is no lack of mayonnaise in Russia.

I love the architecture of Russia, and I want to learn the language so badly but time is not on my side at the moment.  Valentina, my travel buddy, is the constant teacher.  I learned so much traveling with her, and hopefully one day we’ll go again.  Here are some of my photos: 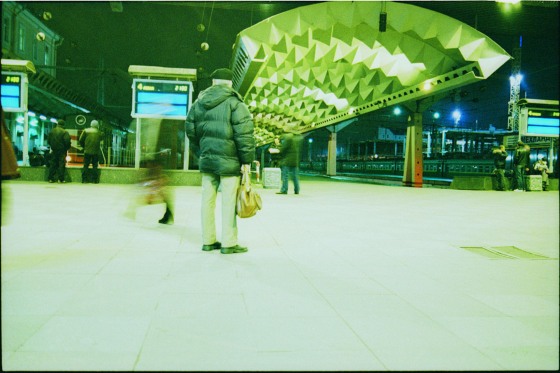 Church outside of Tver

More photos from my trip to Russia can be found at my flickr page here.  Oh, and did I mention that the subway stations in Moscow are gorgeous!  Check out my flickr page for those!

Beets are the main ingredient of borscht.  Many people don’t like beets, but something about them tastes so good to me (ahem, except when in herring in a fur coat).  I used the recipe from The Joy of Cooking, which has everything and is such a wonderful cookbook.  Beets are also a superfood!  Read more about the health benefits here and all over the internet.  To start, scrub and roast the beets.

After they are in the oven, prep the veggies and meat.  I took a photo of the veggies, but the meat dredged in flour is not as appetizing so you’ll have to use your imagination. 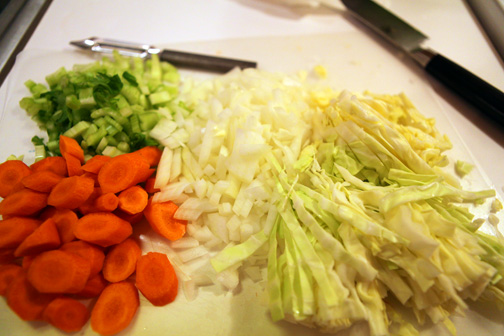 I browned the cubed, dredged meat on all sides (I used half of a chuck roast and will use the other half for pot roast this week) then put the beef stock and chopped canned tomatoes in a Dutch oven.  Bring to a boil, simmer until the meat is tender, then add the vegetables. 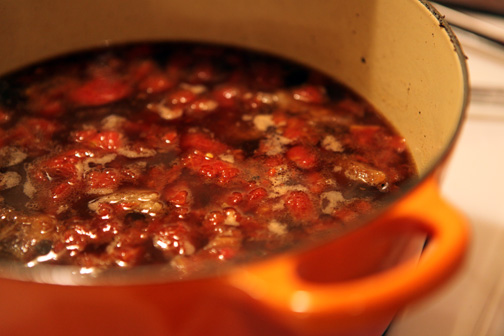 While the vegetables are cooking, the beets should be about done roasting.  It takes about an hour.  After they’ve cooled a little, peel the beets and slice into strips.  I love bigger strips (about 2″ x 1/4″ x 1/4″).  I like the texture of them.  Maybe I’m weird.

roasted beets, after an hour and a little resting time 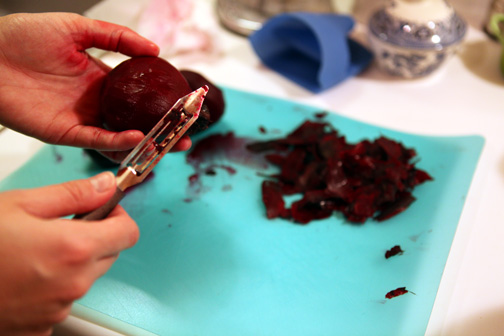 peeling the beets, photo by the hubs

peeled beets, photo by the hubs

And here’s my assistant, who patiently waits for falling human food when I cook.  Occasionally he gets lucky.

Finally, the beet slices are in!  Keep it on the stove for awhile.  It only gets better and pinker. 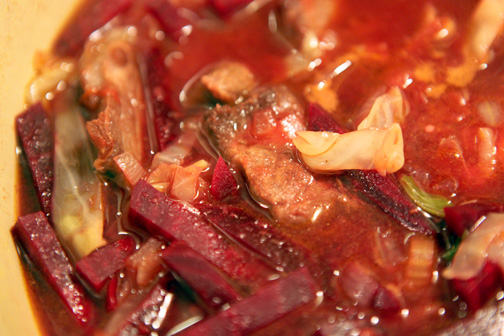 Add some red wine vinegar, garlic, lemon juice, salt, and pepper.  Borscht is supposed to be acidic.  Finish your bowl off with some sour cream and/or fresh dill.  It tastes great the next day and gets pinker!  By the way, I love pink.  And, someone should create a lip stain from beet juice.  It is the perfect pink.  Enjoy!  до свидания!

the perfect bowl of food for cold weather!